Home › Blog › Articles › How Much Do Devs Earn Worldwide, and How to Use These Statistics to Hire Developers?

How Much Do Devs Earn Worldwide, and How to Use These Statistics to Hire Developers?

The salary of developers depends on both their specialization and the country in which they work. This difference can be significant. Below you will find comprehensive statistics on this issue to have the whole picture.

You can use this information to make smart decisions when recruiting workers around the world. Hiring here means not only outsourcing but also building your dedicated development team or even an R&D center in a country with a good selection of high-class but not expensive IT talents. By hiring a dedicated team, you can be sure that this will be an integral part of your team, not temporary outsiders. 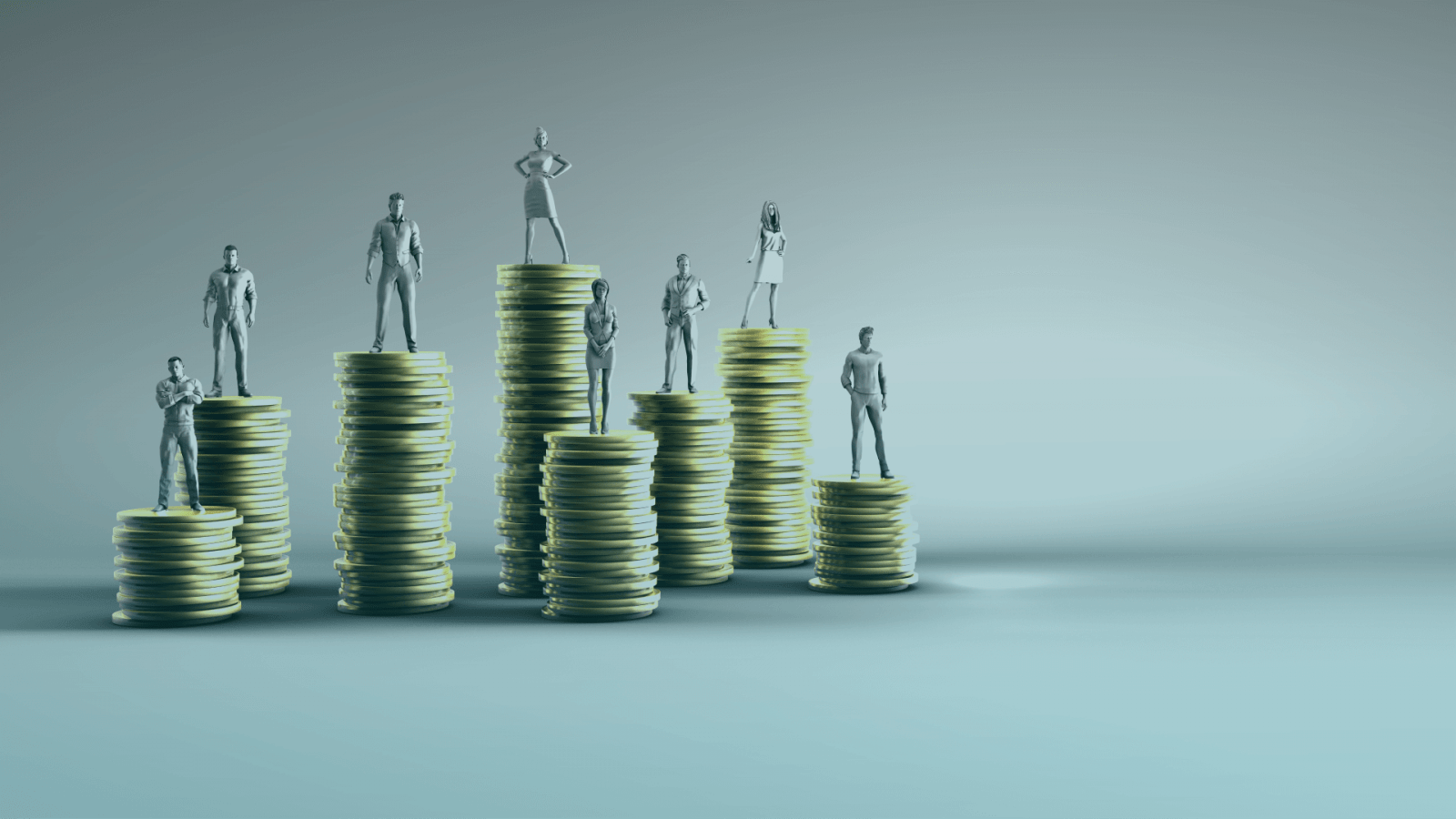 When hiring coding talents, it is essential to understand that they may rise or fall in demand. Accordingly, competition in the labor market can change. Below you will find data on how the demand for specialists has been changing from 2019 to 2021, depending on the programming language. 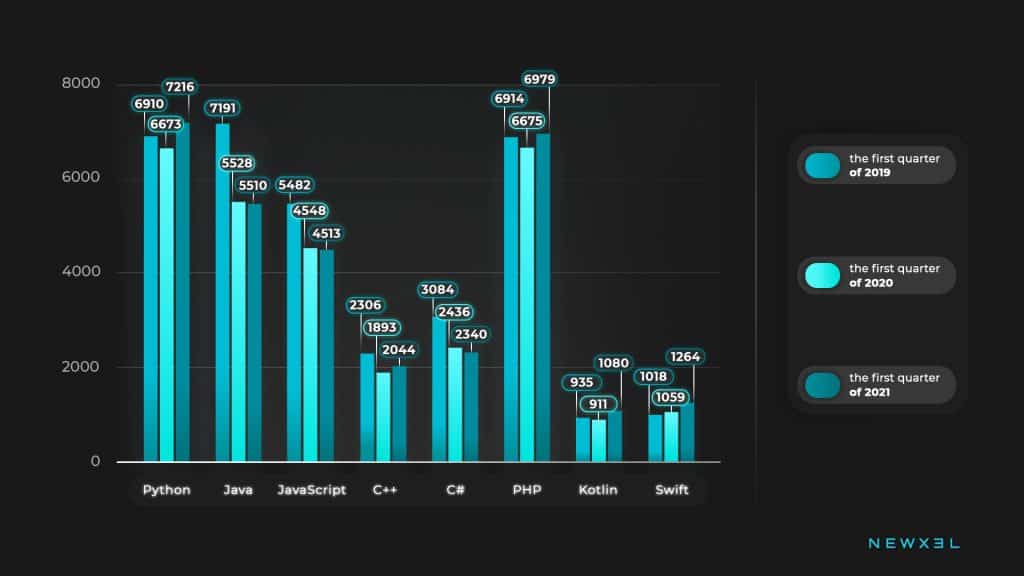 As you can see, the demand for Java, JS, C# programmers has dropped, while Python, C++, PHP, Kotlin, and Swift coders, on the contrary, have slightly grown in demand. But in general, the most popular programming languages are Python and PHP.

The salaries of software developers vary significantly depending on the country in which they work. You can see this in the graph below. 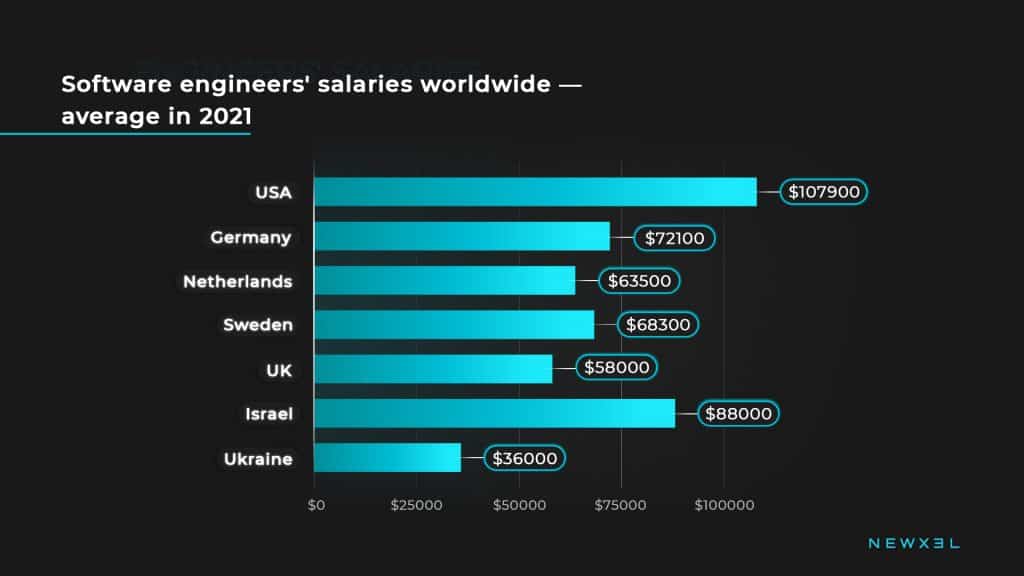 The USA is the undoubted leader here. American programmers earn more than $100,000 a year on average. At the same time, you can see strikingly low wages in Ukraine, where developers make three times less.

That’s interesting considering the fact that the qualifications of Ukrainian specialists are recognized as quite high throughout the world. Modest salaries here can be explained by the relatively low standard of living in this country. 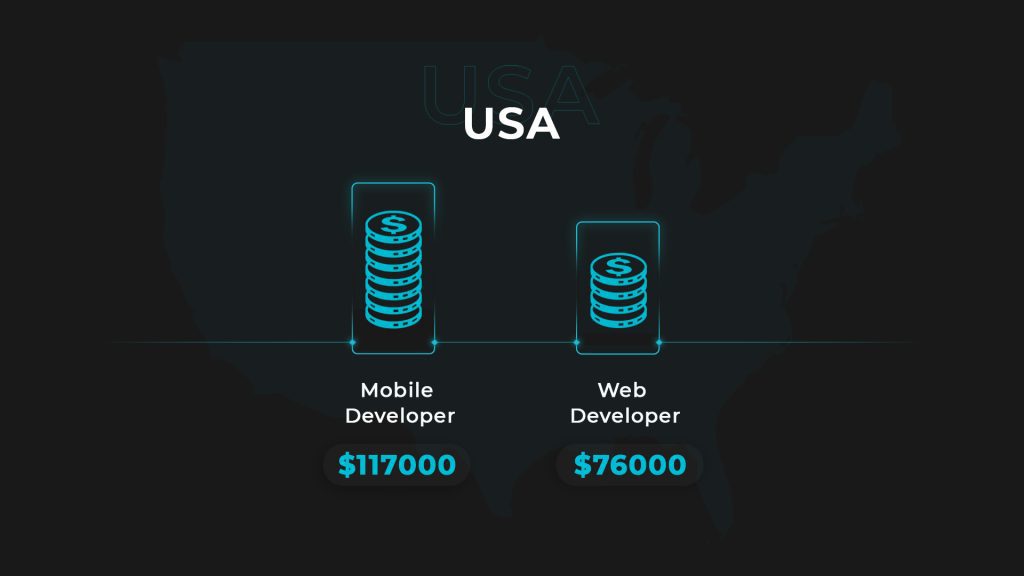 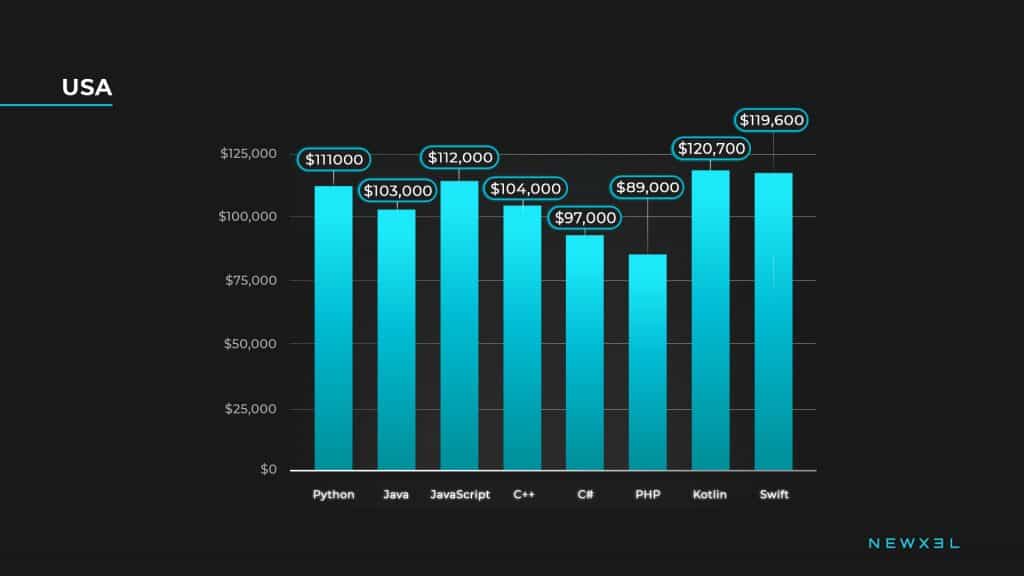 As we can see, in the USA the most demanded and highly paid specialists are those who use Kotlin and Swift. 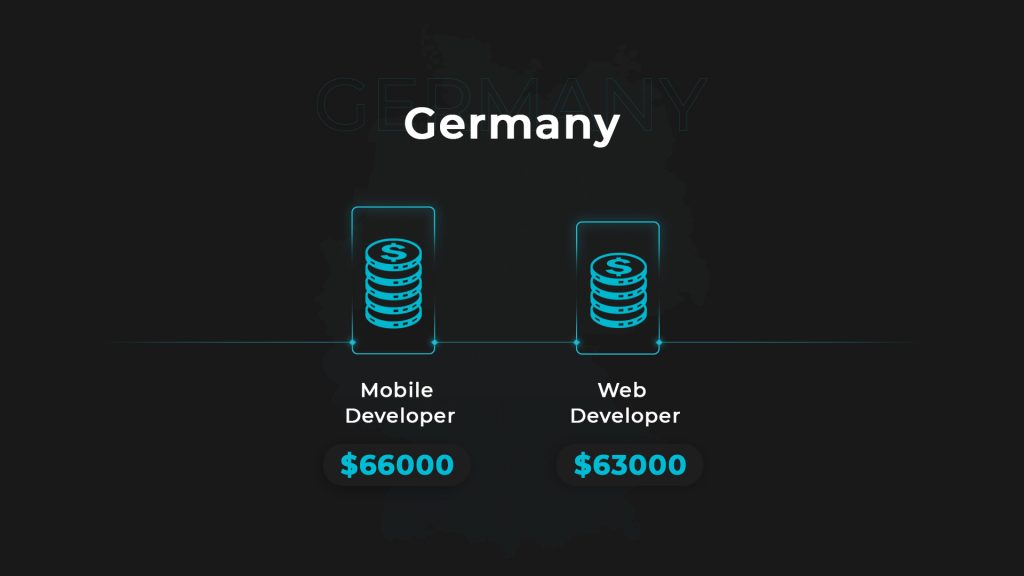 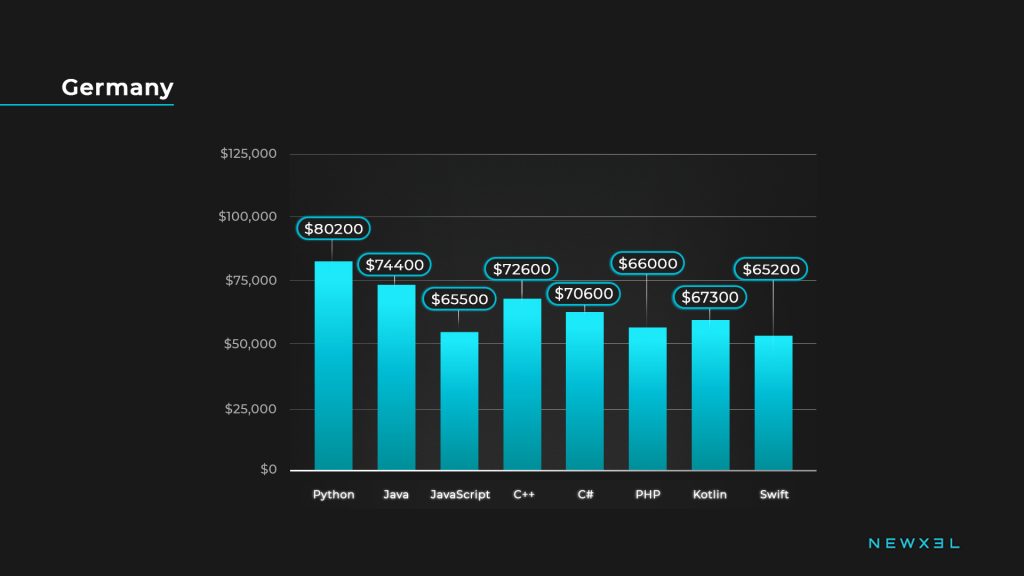 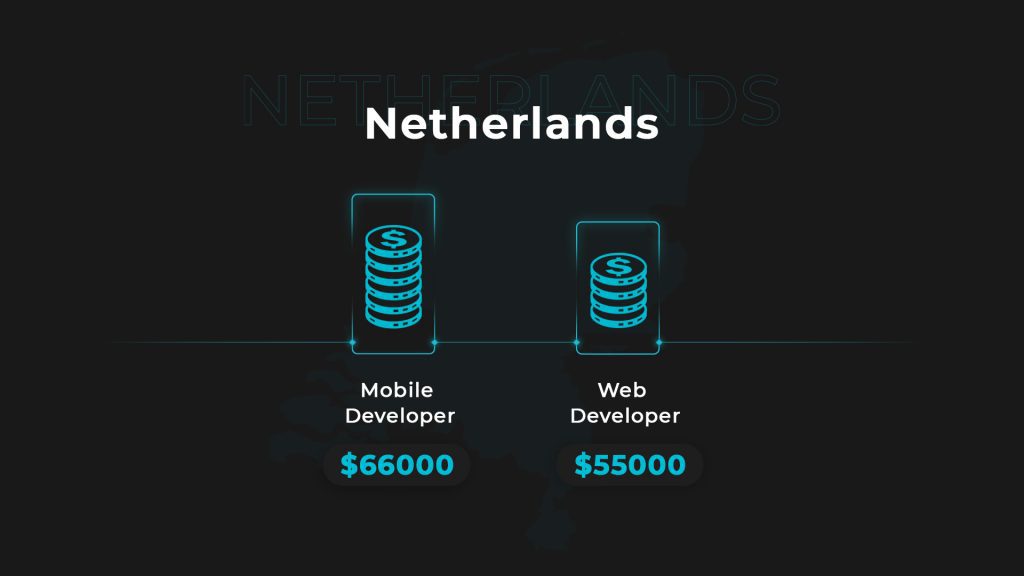 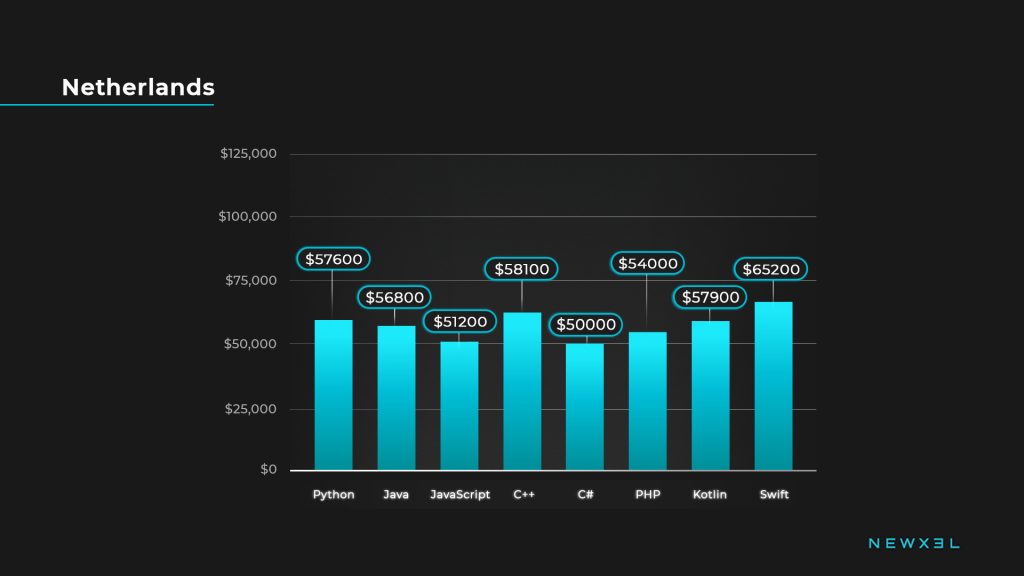 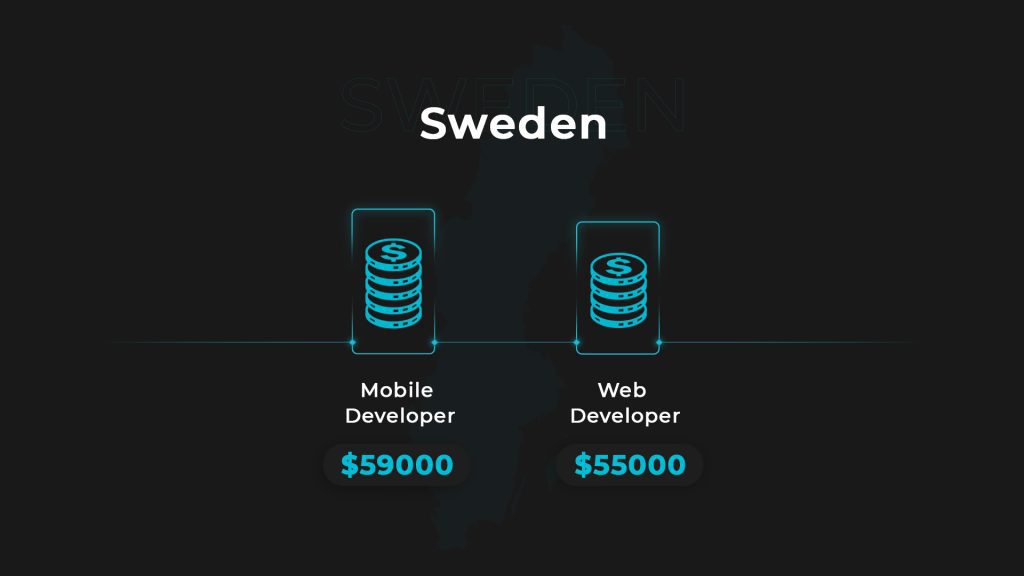 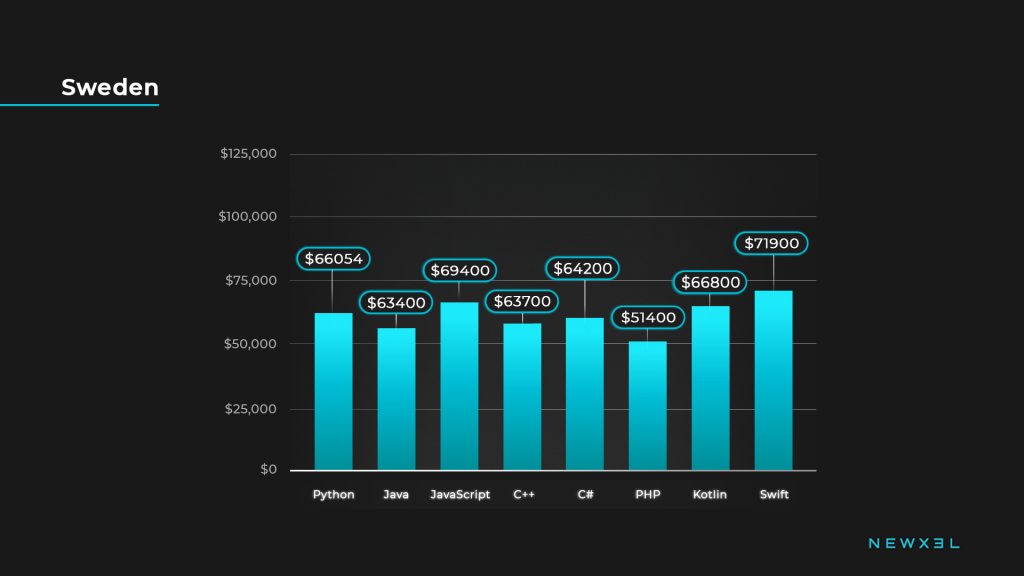 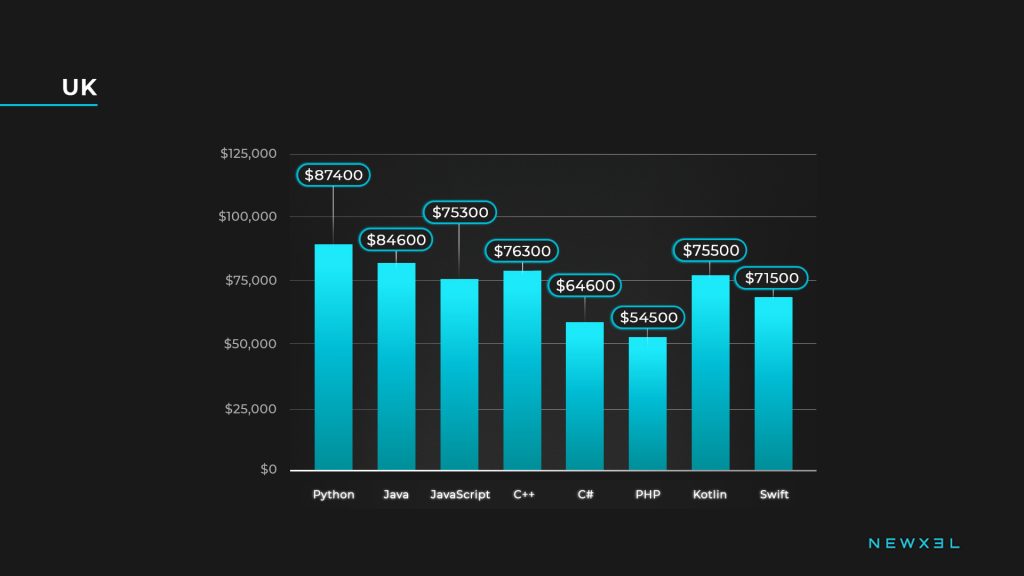 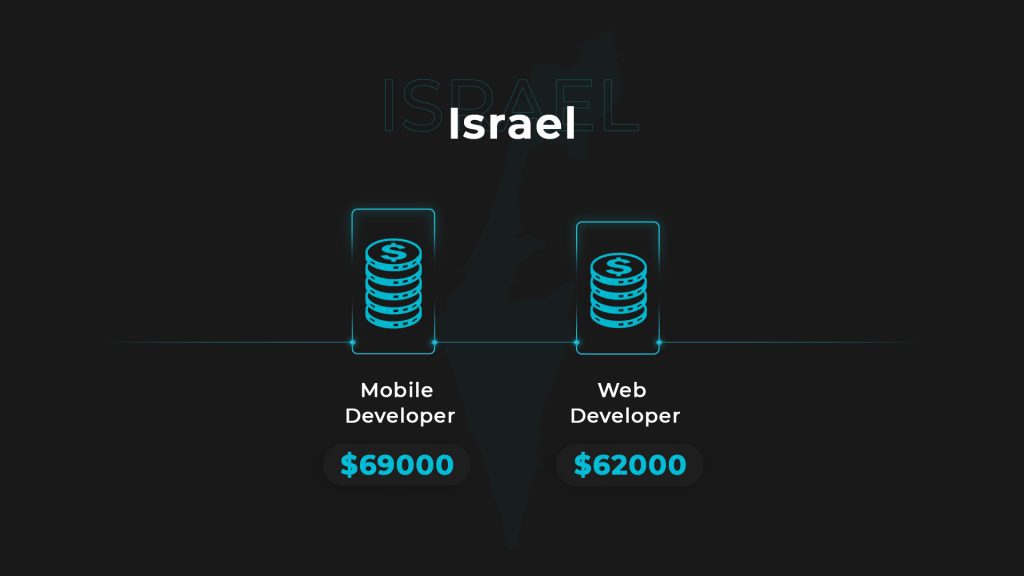 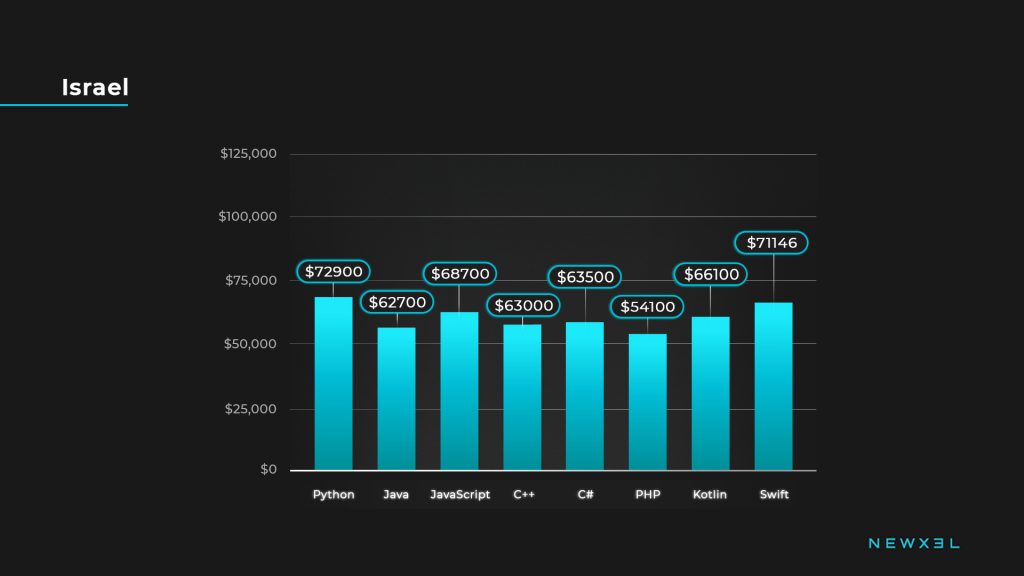 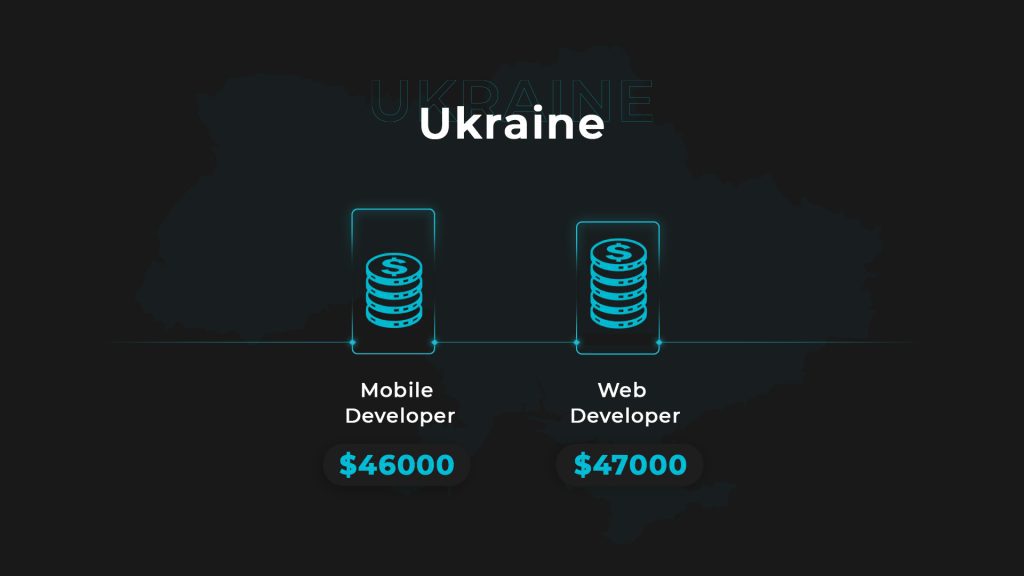 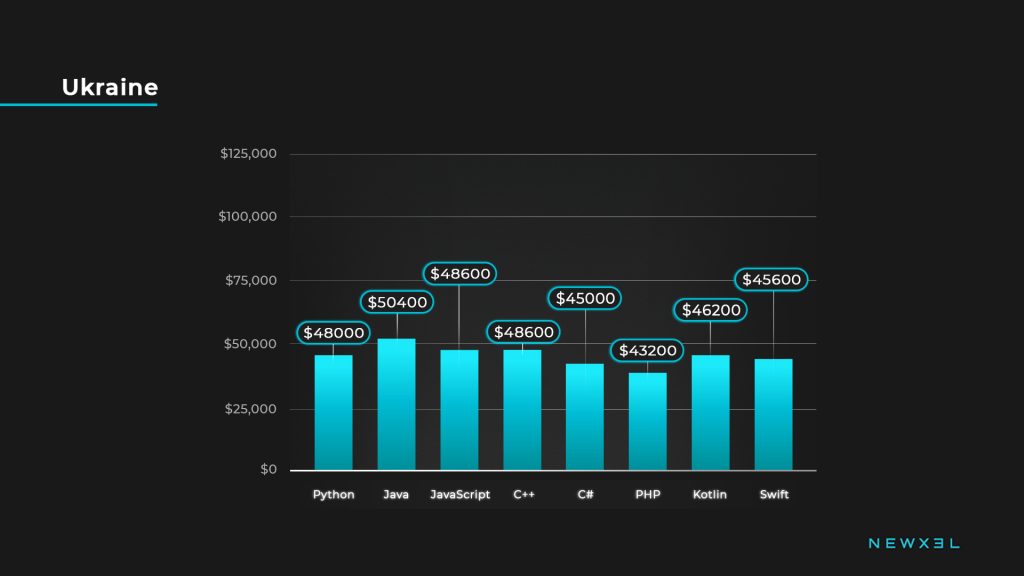 The salaries of engineers in Ukraine are much lower than in other countries. It is also the only country on the list where web developers earn more than mobile developers, on average.

You may also be interested to know what the salaries of other important members of the development teams are in different countries. These data you will find below. 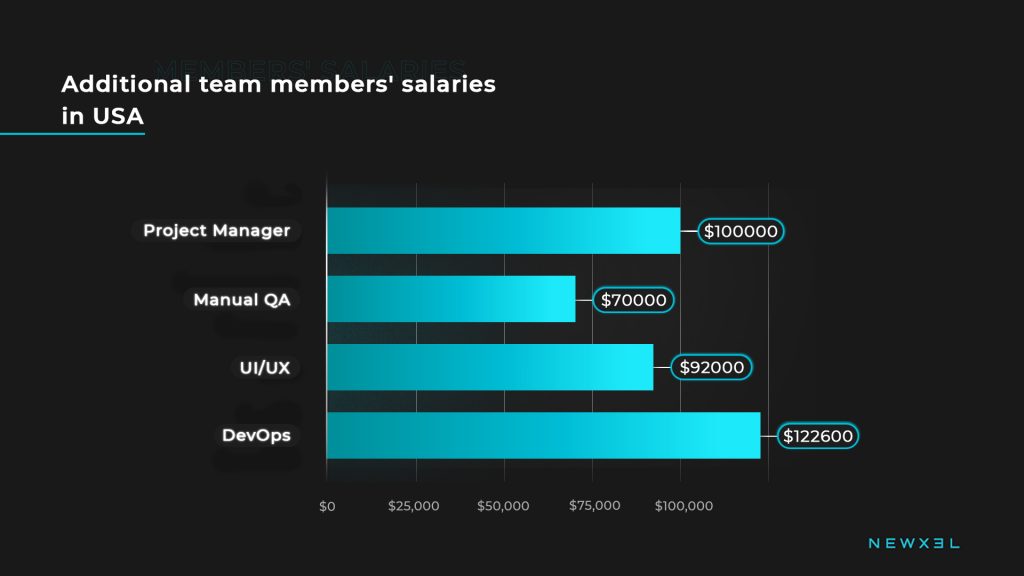 All these specialists receive significantly more than in other countries. It’s worth noting that the DevOps role is becoming more and more important. 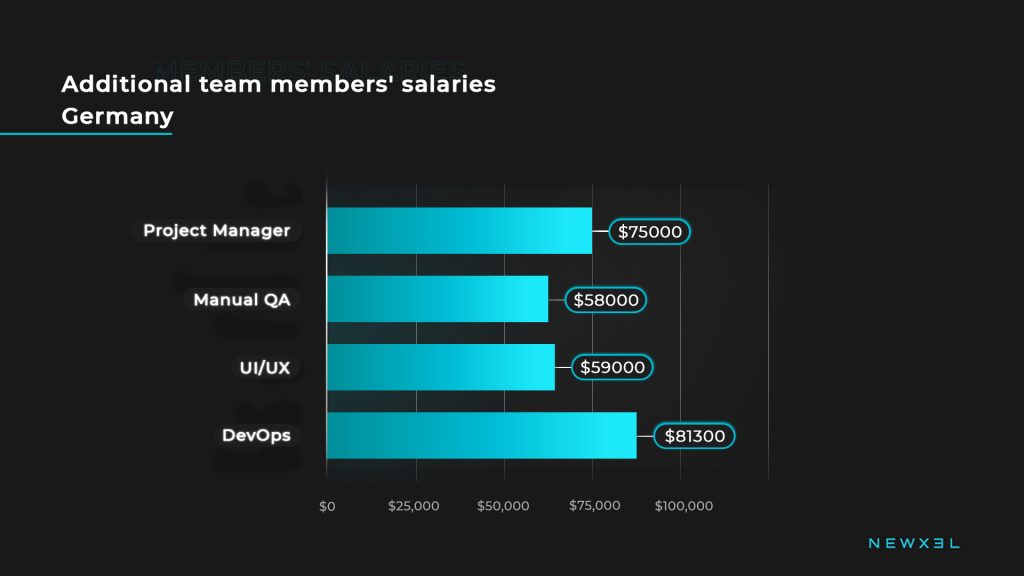 In terms of the salaries of these specialists, Germany ranks second in the world. 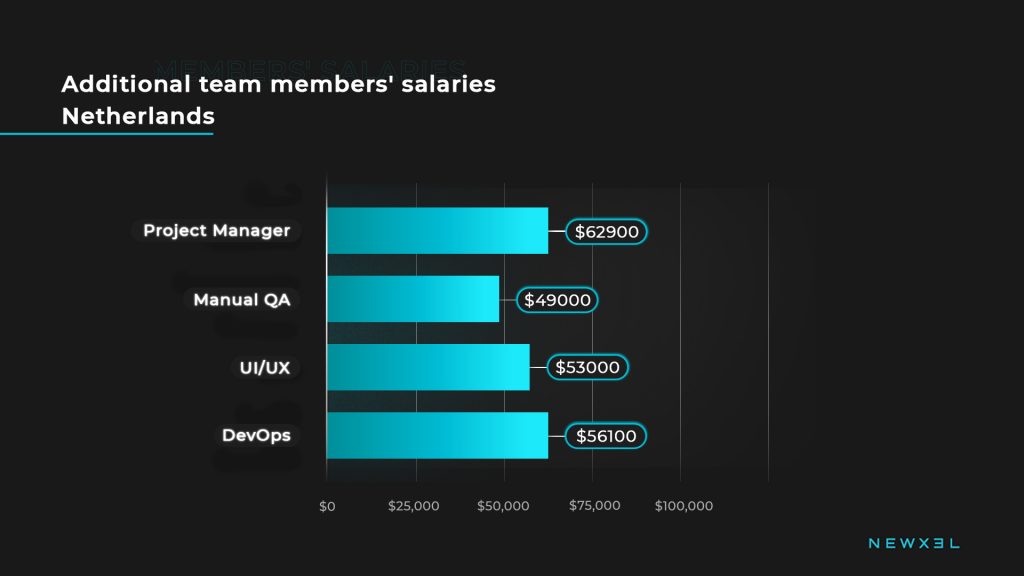 Interestingly, the DevOps role here still seems to be underrated. 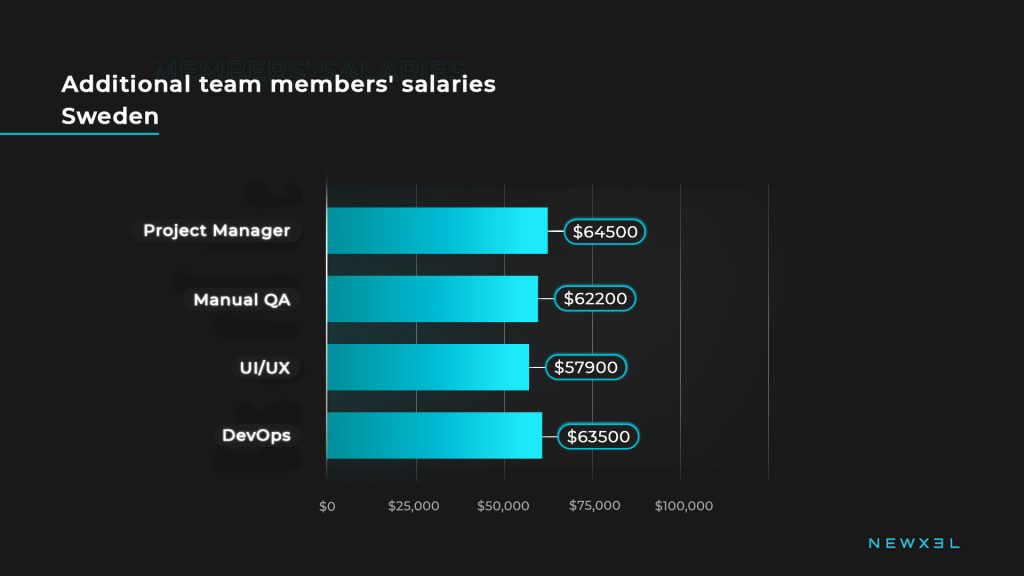 This is another country where the DevOps position is less valued than, say, a Project Manager. However, the gap is not that great. 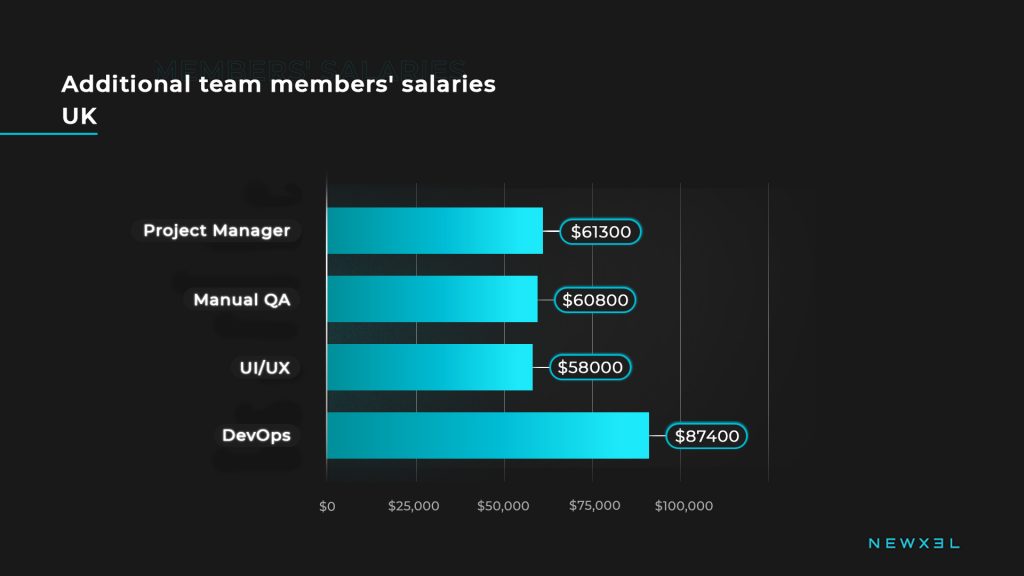 In the UK, by contrast, DevOps is valued the most. The salary exceeds that of the Project Manager by almost $ 26,000 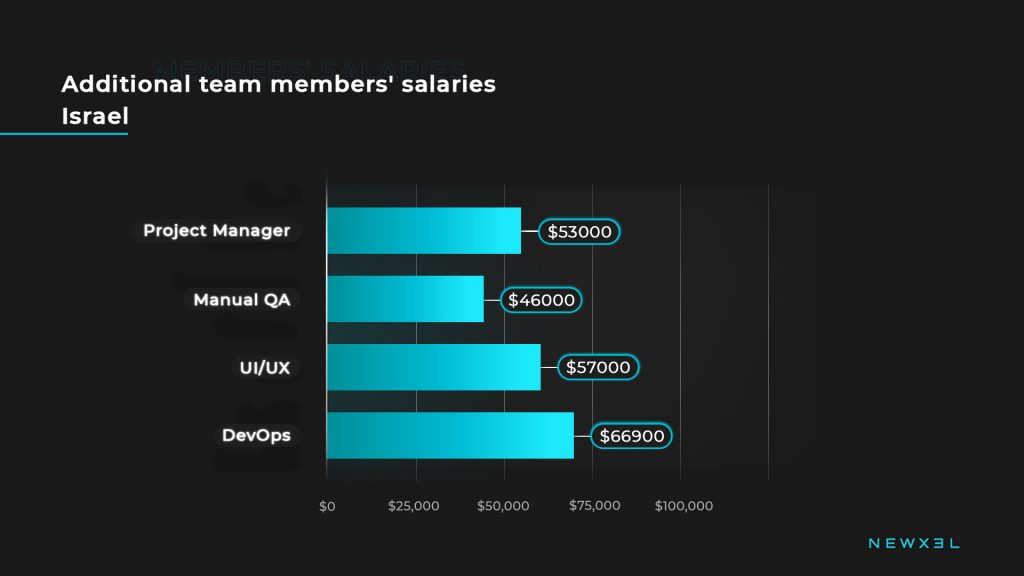 Although Israel has the second-highest salary in software development overall, the salaries of these professionals are relatively low. 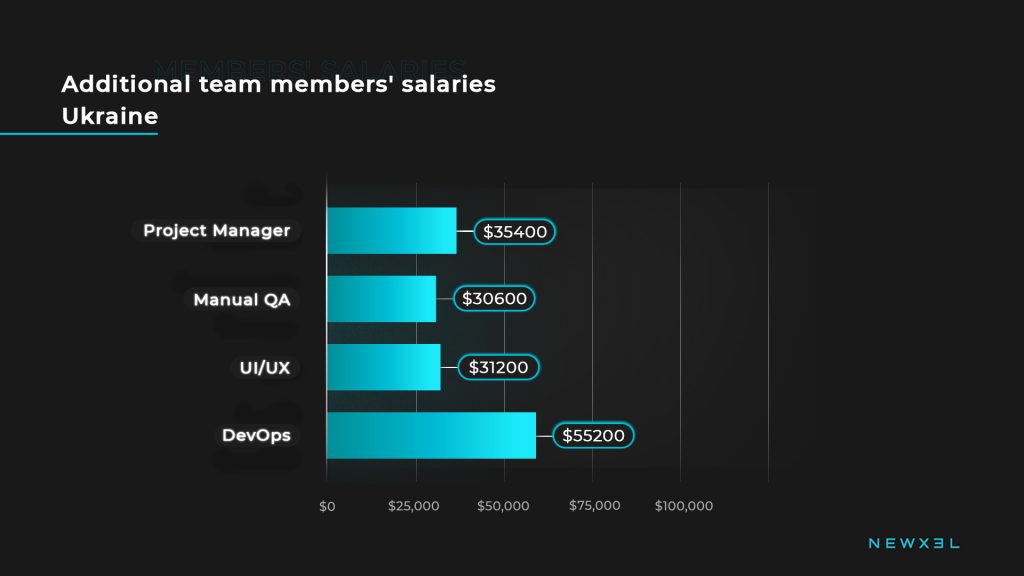 This is a country with great potential and low salaries. It is not surprising that these specialists also receive the least from the mentioned countries.

As this study shows and as is predicted, developers in the United States earn the most. On the other hand, specialists from Ukraine are strikingly underestimated and undervalued. Salaries in this country are significantly lower than those in the United States and Europe.

At the same time, Ukrainian IT specialists are considered some of the most highly qualified in the world. It makes this country one of the most attractive locations for building your own offshore development team or even an R&D center, which is a more promising and reliable option than, say, outsourcing, at least in terms of cybersecurity.

Your offshore software development team will become a full-fledged part of your company, committed to the goals of your organization.

To assemble such a team, we encourage you to contact Newxel in Ukraine. While you will have full control over your software offshore team, the company will care about recruitment, HR, team retention, office infrastructure, and all legal, finance, and administrative issues.