Portrait of a Ukrainian Software Engineers – 2020


This year DOU pulled in an impressive 12 419 questionnaires, and we can note right away that no significant changes occurred during the year. On many issues, the Ukrainian IT specialist has shown a solid level of consistency in their views and preferences.

The average age of the IT specialist has not changed all that much, as compared to last year. The median age is 28 years old.  Junior specialists are about 23 years old work as Front end web developers, non-technical specialists (HR, PR, Sales), designers, and developers. 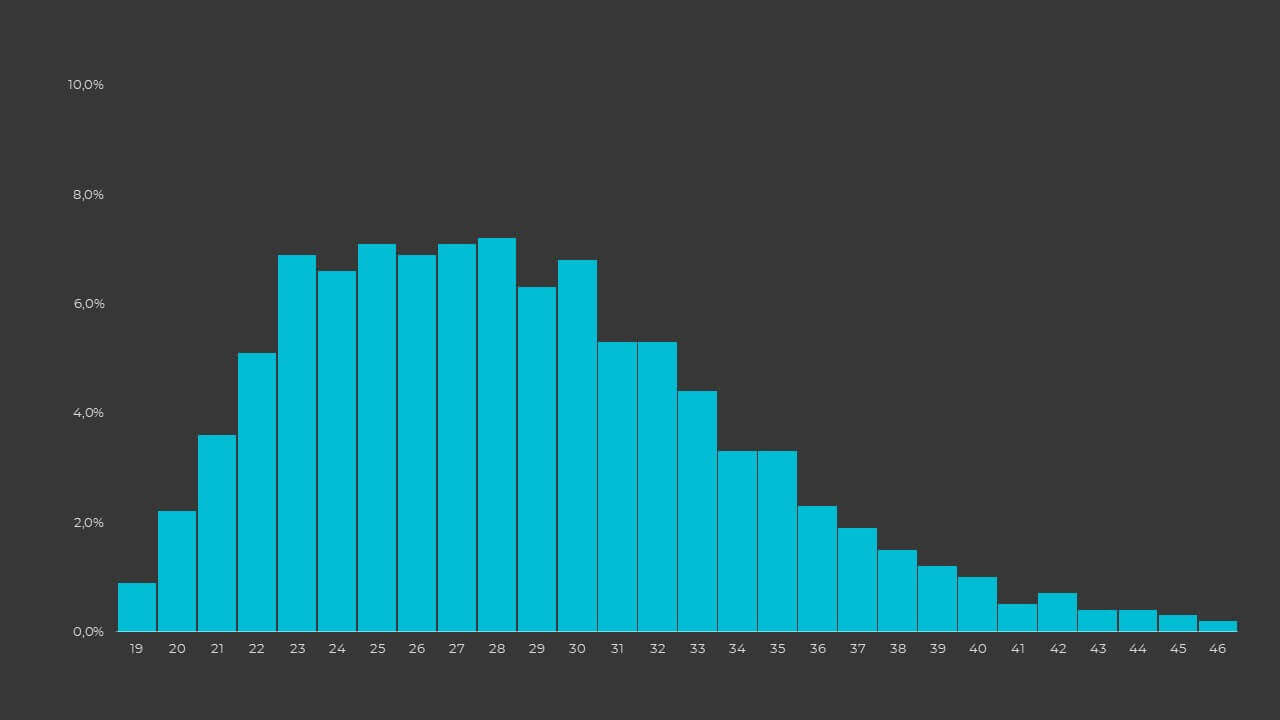 This year the share of women in IT increased by 5 percentage points, up to 25%. At the same time, almost half of the survey participants have IT experience of no more than 2 years. It can be assumed that the female share in IT is growing much more rapidly than is reflected in the study. Women most often work as HR, Marketing, Business Analyst, Designers, QAs, and developers.

70% of IT professionals live in the largest cities Kyiv, Kharkiv, Lviv, and 11% in Dnipro, Odesa. The share of senior specialists is concentrated mainly in Kyiv, on the other hand, junior specialists start their careers far from the capital, where the competition is not so high. 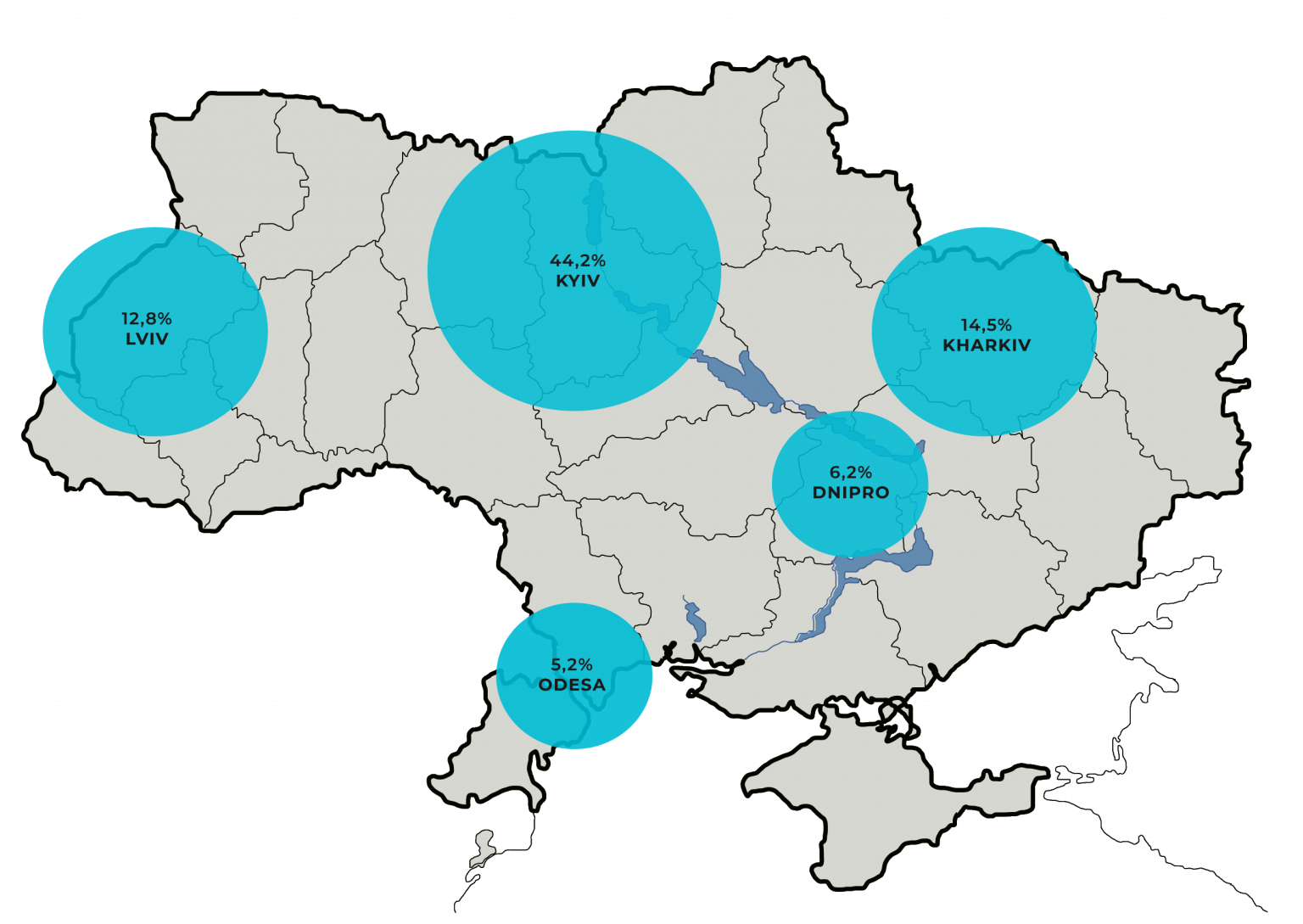 More than half of the survey participants are developers. Most software engineers work in the fields of e-commerce, Fintech, Mobile. Gambling is also popular among Product Developers, Cloud Computing is popular among System Architect and DevOps, and Media is among the designers.

IT professionals are mostly interested in working in start-ups and product companies. Work is boring for respondents from non-IT companies.

Operating System that is used for work

If you look at the big picture, 55% of IT professionals use Windows as a desktop OS. But there are some differences in the popularity of operating systems among different positions.

Most IT professionals have a Master’s Degree, and some even have two.

Advanced level of English and above is still a rare phenomenon in Ukrainian IT – only 13% of respondents are more or less fluent in it. Most developers are at the Intermediate and Upper-Intermediate levels.

As in years past, every third IT person still does not have a significant other. There is stability in relationships for those who are married, the same 40% are happy together.

Compared to last year, the attitude towards emigration has not changed. The same 45% think about it, but so far do nothing. It is interesting to look at those who returned: most of them are architects (6.4%), products (5.4%), senior projects (4.8%)